Everything began in Dortmund, in a hospital ward for venereal disease. In a fictional interview, the founder of today’s Social Services of Catholic Women (SKF), Agnes Neuhaus, talks about the beginnings of the welfare association. To this day, the SKF still bears her stamp: “Be there, support life.” 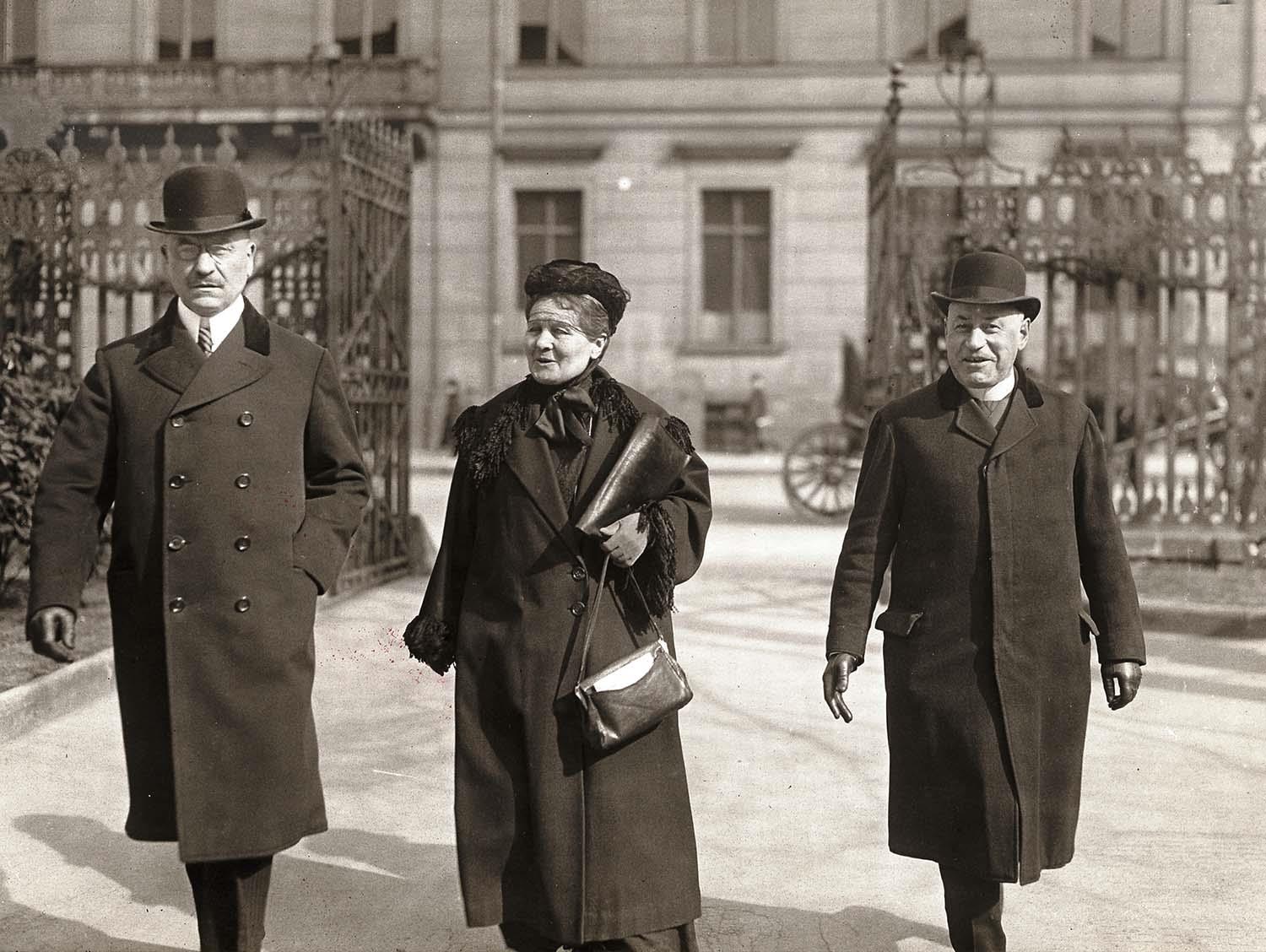 Even before becoming a representative of the Reichstag, Agnes Neuhaus politically advocated for social welfare associations. Picture taken around 1900, with her husband Adolf Neuhaus (left) and a companion.Image: SKF Gesamtverein

Editor: What does syphilis have to do with the origin of today’s Social Services of Catholic Women?

Agnes Neuhaus (fictive): In 1899, I decided to take part in the first assembly of the public care of the poor in Dortmund which was founded specifically for women. The then city councillor Henrici handpicked cases that were in special need of a woman’s help. This is how I was assigned to care for a widow. I looked and found her in the city’s St. Louise Hospital, on the syphilis ward. I didn’t see just this one woman, but many young girls around the age of 18. All of them had contracted syphilis because of their occupation as prostitutes and had been brought in by the police.

Support for women was desperately needed

Editor: How did this experience affect you?

Neuhaus: I almost stumbled across the courtyard - shaken by the destitution I had just witnessed for the first time. Up to that day, I hadn’t even heard of these sad things: back then, they weren’t talked about as much as they are today. But I also felt strongly that support for women was desperately needed here. And I was deeply convinced that this work was going to involve providing spiritual guidance. For this reason, I immediately sought the help of my priest, the now long passed Mr Probst Löhers, who supported the cause right from the beginning.

Editor: What did your work actually look like in the beginning?

Neuhaus: I, of course, took care of every single girl. But my ultimate help was solely to find new accommodations for those unable to return to their families, in the "Klöster vom Guten Hirten" (Monasteries of the Good Shepherd). Back then, I couldn’t think of any other way to help them. 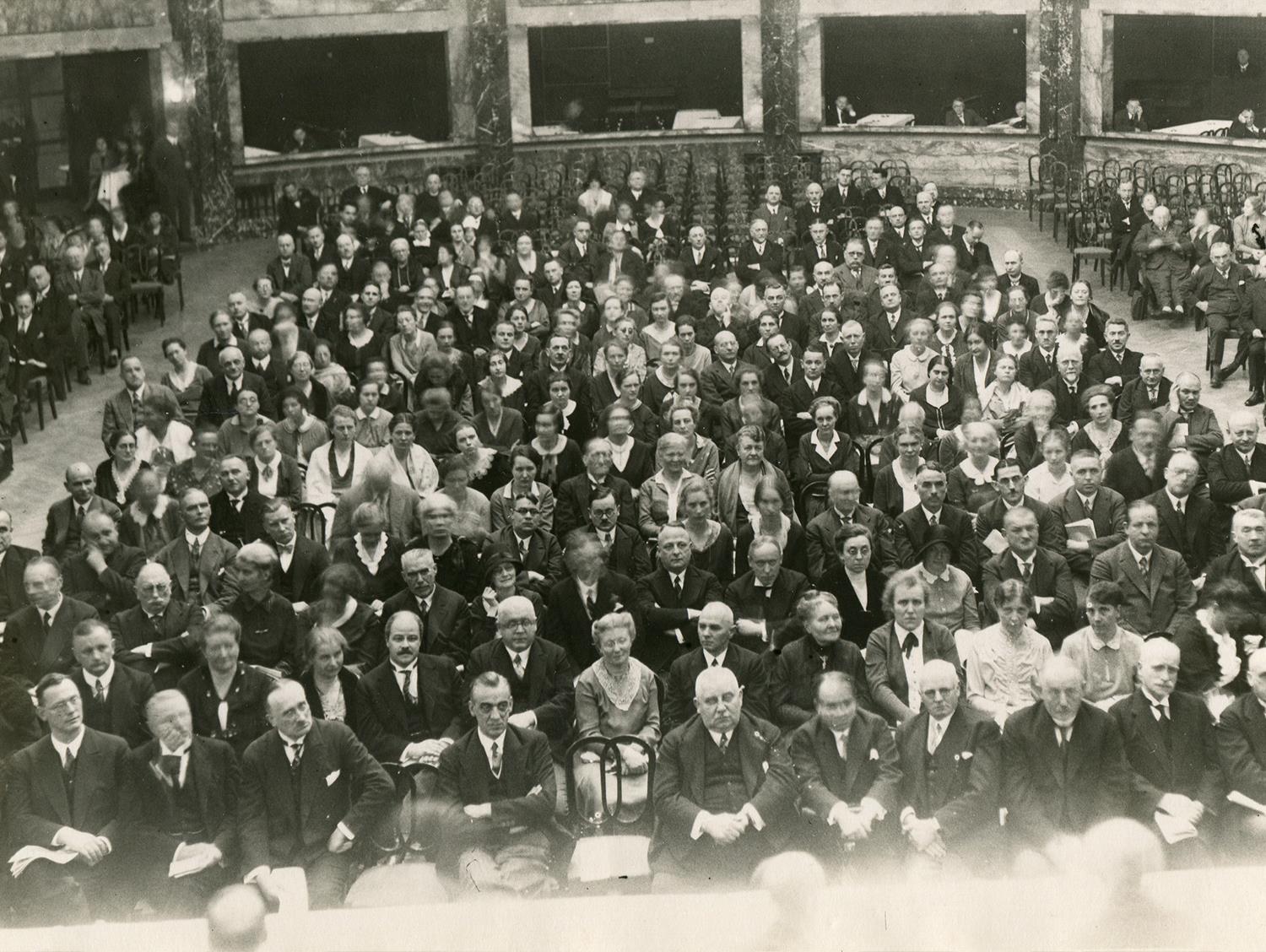 Agnes Neuhaus (second row, fifth from the right) advocated for women in need in a male-dominated society.Image: German Caritas Association

Editor: So you had to further develop your approach?

Neuhaus: There was no way around it. The number of protegees and with that the number of accommodations required increased rapidly. Because of this, Mr Probst and I decided to found an association.

19 June 1900: Neuhaus founds the "Association of the Good Shepherd”

Editor: This happened the same year, during Advent 1899?

Neuhaus: I did go to church with a few ladies on the first Sunday in Advent with this cause in mind. However, we didn’t hold a founders’ assembly. It was the honourable Father Seiler S. J. who gave the founding presentation on 19 June 1900. He had counselled many in the Monasteries of the Good Shepherd. With this presentation, our association was officially called into life, which is why we consider the date it was given to be our founding date. Consequently, we called our association the "Association of the Good Shepherd” because I only had the one task in mind, that of placing the girls I had met on the ward with the sisters of the Good Shepherd and providing for the necessary means.

Editor: What happened next?

Neuhaus: During our first visit to the ward, right after the founding ceremony, we met a 19-year-old girl. She declined our help, saying that she already had a lady in Cologne helping her. The lady was Mrs Le Hanne. She had already been taking care of girls in the Cologne prison for over 10 years; the girls had been picked up at night by the police. Sharing our experiences with one another greatly enhanced our work. On December 8 of the same year, we founded an Association of the Good Shepherd in Cologne and Aachen. In this way, one association followed the next.

Editor: How has the association’s work changed since then?

"Many girls perished back then simply because they had no roof over their heads to shelter them.” - Agnes Neuhaus

Neuhaus: St. Louise hospital offered us a large room, which soon filled up. With the help of Mr Propst, we opened our first shelter in 1903 - Vincent’s Home (Vincenzheim) in Dortmund. In time, our facilities improved to suit the needs of those seeking our help. We now not only offered help to unwed mothers, but also to pupils who had been expelled from school, girls with venereal disease and school-age children who were at risk. Because we took in unwed mothers with their children, large baby wards soon arose. 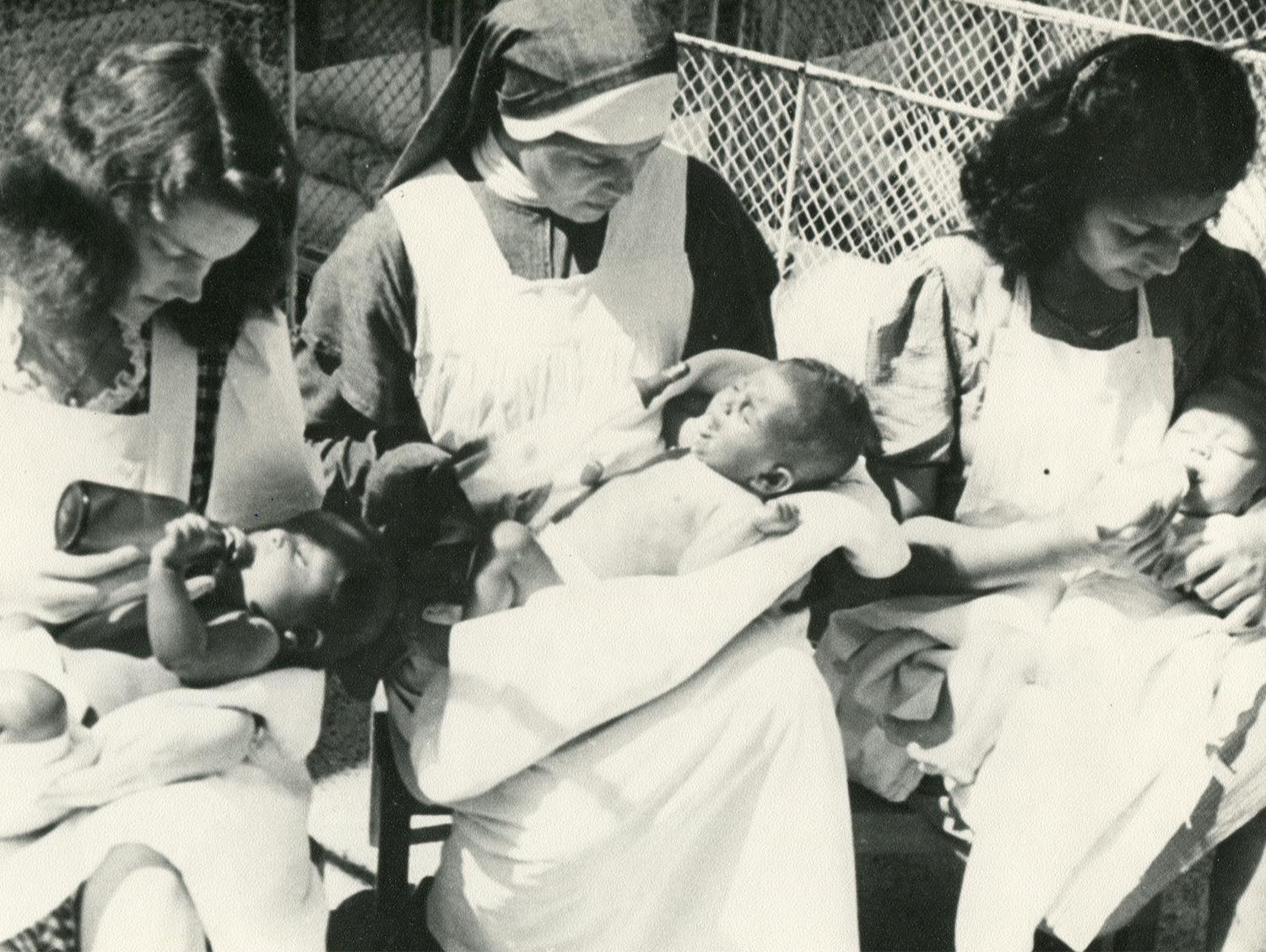 Three female employees of the baby ward of the former Welfare Association of Catholic Women for girls, women and children, taking care of the children of the women in the shelter.Image: German Caritas Association

Editor: In closing, what motto is your work based on?

Neuhaus: Every year thousands of people die, simply because there is no helping hand in their hour of need:

"We must not judge these poor people - we have to help them.” - Agnes Neuhaus

It was important to Agnes Neuhaus that her profession be placed on a professional footing. Establishing schools that later became today’s vocational and technical colleges was a groundbreaking key point in the further development of the entire welfare system. One must also not forget Agnes Neuhaus’ political commitment, after all she was one of the first women to be part of the German Reichstag in 1919. It was her mission to not just help a few women here and there, but to develop a lasting infrastructure. She was one of the main contributors to the Reich’s Youth Welfare Act ("Reichsjugendwohlfahrtsgesetz”), whose principles still mark today’s Children and Youth Welfare Act ("Kinder- und Jugendhilfegesetz”).

+++Want to know more about strong women inside Caritas? Irme Stetter-Karp, President of the Central Committee of German Catholics, writes about Caritas’ confident and dynamic image of women in the "New Caritas Yearbook 2022”+++ 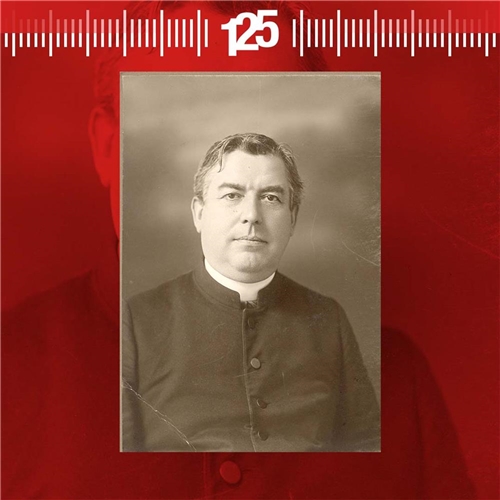 He worked hard to reduce the suffering of mankind – by building a well-functioning social infrastructure. But Lorenz Werthmann’s actions also had an ideological dark side. Mehr 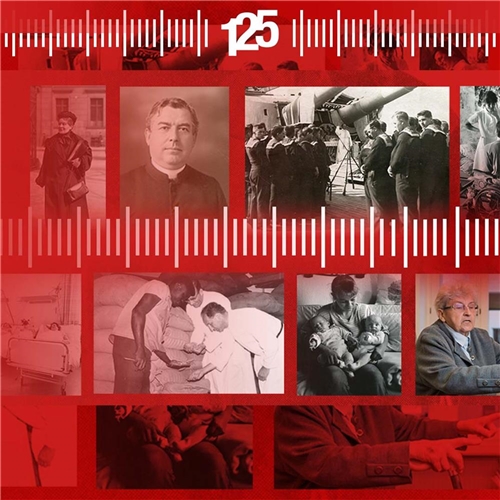 The Caritas Association was founded by a small group of Catholic social reformers in Cologne in November 1897. The goal: to unite the help for people in need with various Catholic social services. How did this initiative develop into the largest German welfare association? We have written down important moments for you. Mehr