Every year, the German Caritas Association focuses on different key thematic issues. The positions linked to the relevant topic are presented in a communication campaign all over Germany. The campaigns are accompanied by an initiative planned to take place over three years.

Let’s all be do-gooders

About a term’s defamation and an attempt to reinterpret it. The 2020 Caritas campaign is committed to solidarity and cohesion in society. Mehr 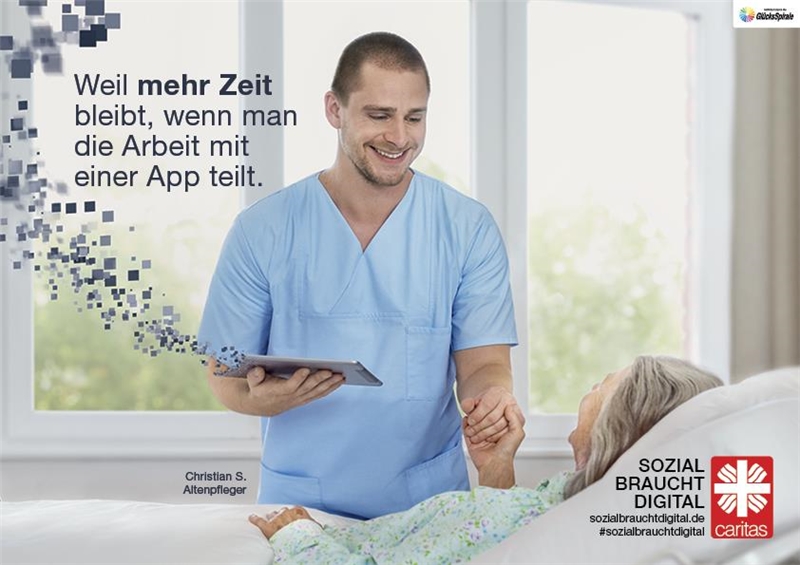 The 2019 Caritas campaign aims to promote discussion of Caritas’ services in the digital world. Solidarity and advocacy for people who need help need to be the hallmarks of the implementation. Caritas President Peter Neher explains the social challenges involved in digitalisation. Mehr 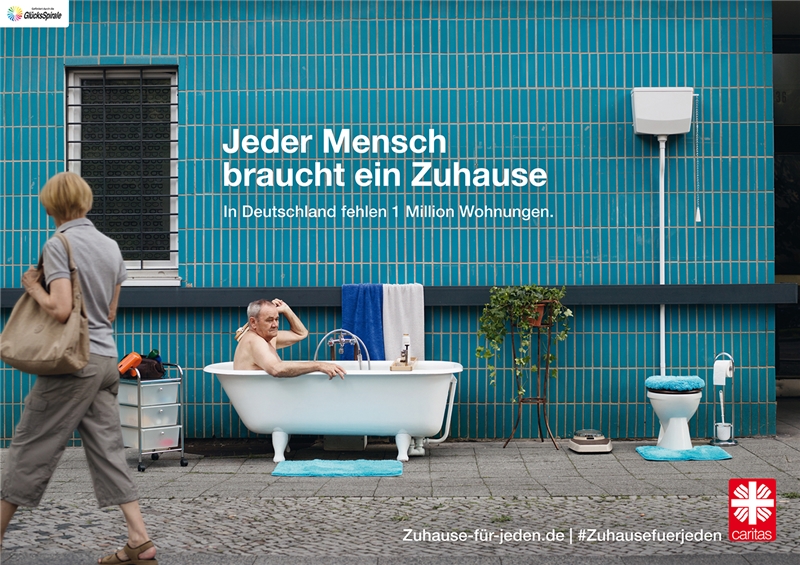 Everybody needs a home

The lack of affordable housing in Germany is a burden for many people. The problem of rising rents has reached the core of our society. The desperate need for housing has become a social reality that has the potential to create sociopolitical conflict. Reason enough for Caritas to focus on this topic with a national campaign. Mehr 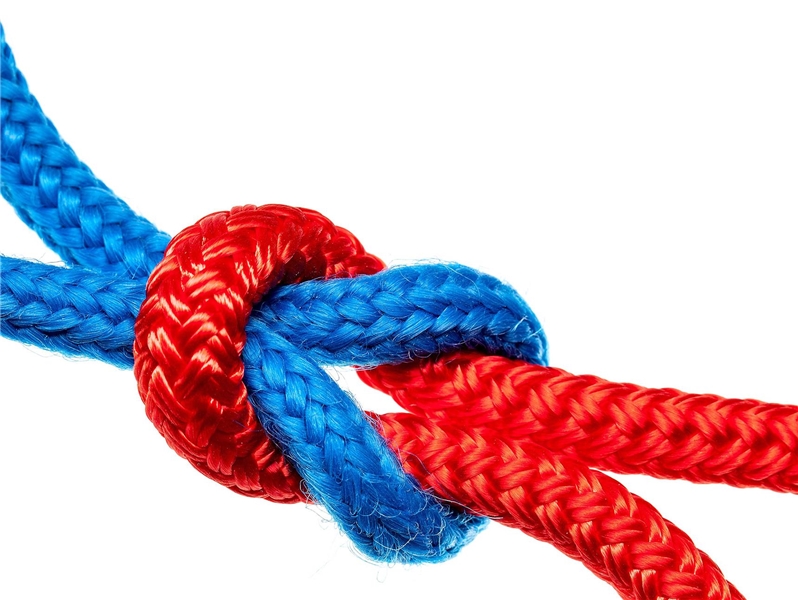 Strategy for the social solidarity initiative

This strategy explains the German Caritas Association’s motivation and objectives, and the methods it intends to employ to help boost solidarity, with all of its various segments. Mehr 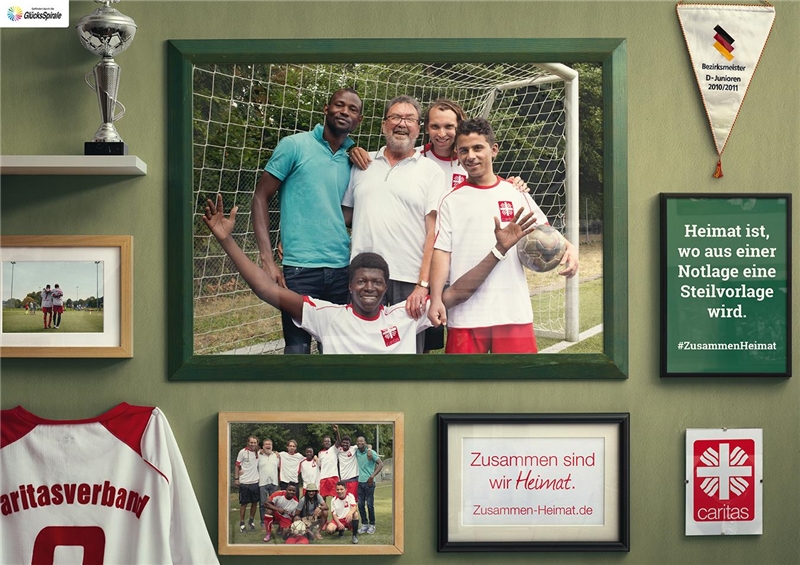 Home is us together

What is home? For some it’s the take-away on the corner, for others it’s mum’s apple pie or the hills and meadows of home. The 2017 Caritas campaign looks at the question of what constitutes home and how one can make a place home. Mehr 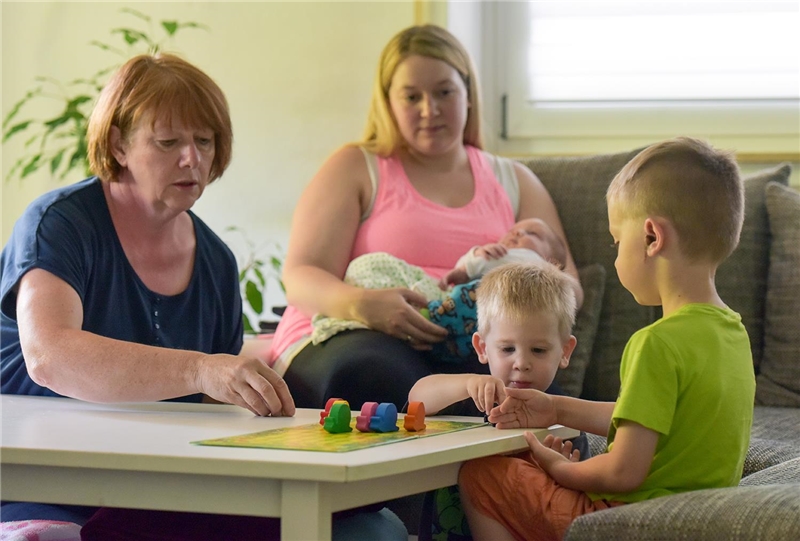 Targeting the Impacts of the Demographic Change

The demographic change has to be actively shaped. Commencing 2015 until 2017, Caritas will be focusing on its demography initiative. Topics dealing with family, migration and generations are to be discussed from this point of view. Mehr 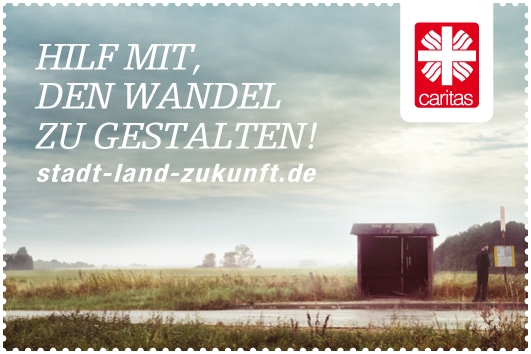 The countryside is currently undergoing some very drastic demographic changes: The birth rate is sinking, many people are moving into the cities. What is left are deserted areas. The ones who stay are fighting for the preservation of the region and for quality of life. Mehr 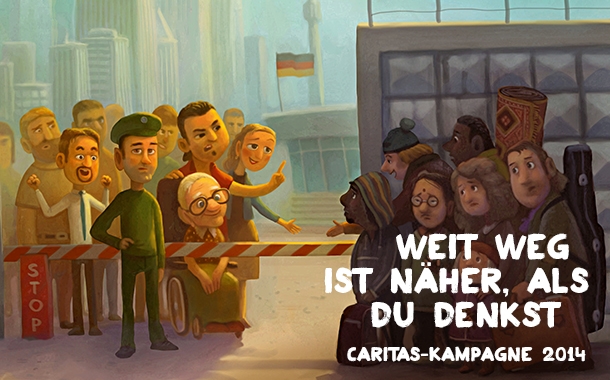 Far away is closer than you think

The 2014 Caritas campaign makes clear that the way we act changes the world. Climate change, fair working conditions, flight and expulsion are relevant for all of us –because, in a globalised world, being “far away is closer than you think”. Mehr 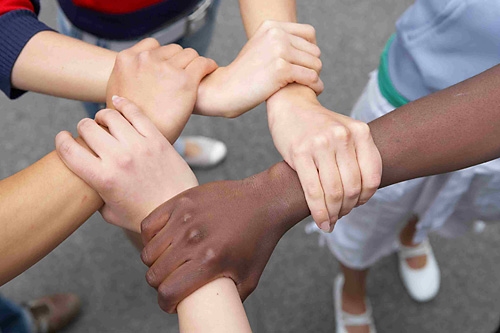 Initiative for solidarity and social cohesion

From 2012 to 2014, the German Caritas has been focusing its public relations and specialized activities on the issue of “solidarity and social cohesion”. Everybody working for one of the many areas of Caritas has been asked to develop and share stimuli for more solidarity. Mehr 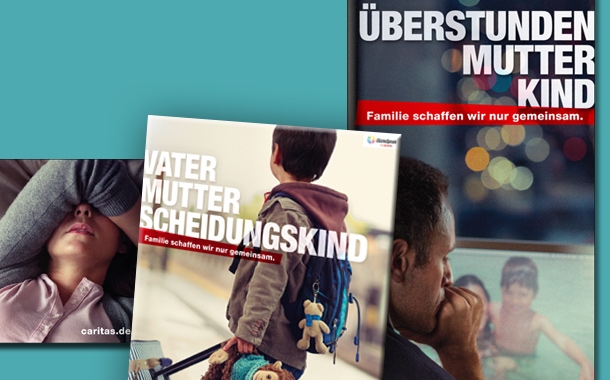 Families – we can only achieve them together

Families – we can only achieve them together: this is the title of the Caritas Campaign in 2013. It is about what families do for their own members and for society. But also about families under pressure who need the support of others. Mehr

In Germany, there is no natural interaction between people with and without disabilities. Encounters are often distanced or tense. The UN Convention on the Rights of Persons with Disabilities calls for and documents the worldwide recognition of disabled people as fully-fledged members of society. Mehr 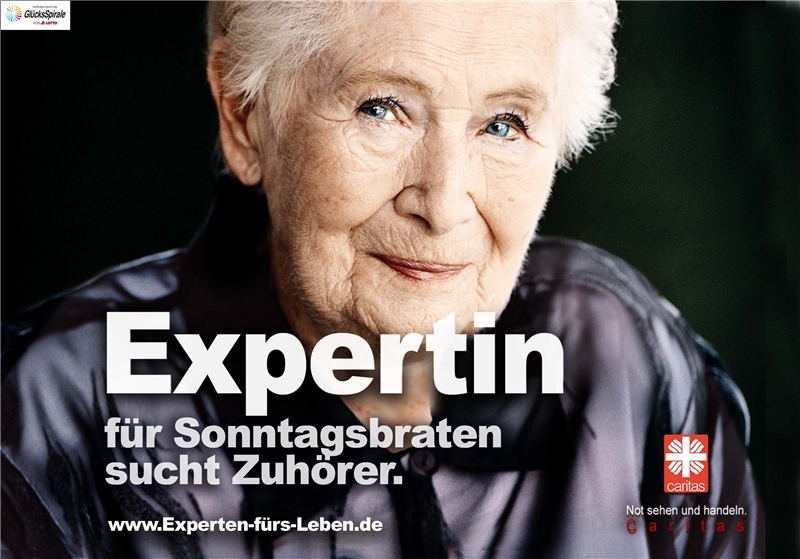 Seniors are Experts in Life

In the year 2010, Caritas Germany appeals for solidarity between the generations with “Experts in Life”. The focus of the campaign is the expert knowledge and life experience of seniors: mastering life crises, overcoming challenges, feeling the joy of living and gratefulness – all this makes up a satisfied life. Mehr 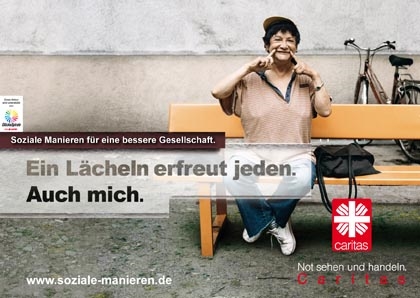 Social Manners for a Better Society

Caritas is putting ‘people on the margins’ in the centre of its campaign for 2009. With this motto, Caritas wants to promote social manners for a better society. By social manners, we do not mean that homeless men should shave or clean up their mess of empty bottles. Mehr